Diagnosis of hard drive or cable problems. Created by Software and Computer Systems Company, LLC (SCSC) Scannerz for Mac OS X is a set of tools designed to help you identify and solve hardware and software problems on your system. The package consists of Scannerz, Performance Probe 2, FSE or FSE-Lite, and Phoenix. We also have a basic package named Scannerz Lite which is a simplified version of Scannerz and will be described later.Scannerz, the primary tool in the package, can evaluate internal and external hard drives and SSDs, the system bus, the system RAM, as well as all drive interconnections. With Scannerz, you can do the following: Detect bad sectors/blocks on a hard drive or SSDDetect weak sectors on a hard drive – Scannerz and Scannerz Lite are the only commercially available tools on the market with this capability. A weak sector differs from a bad sector in that it can still be read, but only with great difficulty. The presence of weak sectors often lead to the infamous “spinning beach balls” associated with delays, but an error is never logged or identified by the system because the operation eventually succeeds. … More Info »Isolate internal and external cable problems – This is another feature other testing products on the market don’t have.Isolate certain logic board faults associated with the computers I/O subsystem – Unlike other tools on the market a combination of tests using Scannerz can reveal existing or emerging emerging problems with the CPU, RAM, or system bus. Unfortunately, if errors are detected here it usually means the logic board has problems, but at least you won’t be wasting your time replacing cables or buying new hard drives or SSDs only to find the same problems still exist. 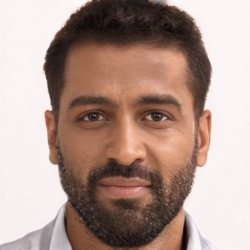